We noticed that you are using a browser that is no longer supported by our system, to enjoy the full Volvo experience consider changing browser
x
Choose another market or language to see your local offerings and find content in your language.
Continue Select market or language.
×

Celebrating the Impact of a Great Driver

The company, headquartered in Paarl, is a logistics service provider that operates within the FMCG and agricultural industries. At the dedicated Reinke Logistix Academy, they empower their drivers through offering advanced driving courses, a first aid course and educating their drivers about logistics and strategic management. They pride themselves on providing their drivers with the correct skill set and knowledge, to not only be leaders on the road but leaders in everyday life. The company also follows a stringent recruitment process to ensure only the elite drives its fleet.

Reinke Logistix believes in acknowledging its employees and at the end of last year (2021), the company honoured the service of one of their long-term drivers by presenting him with his dream Volvo truck to drive in style towards his retirement - a Volvo FH520 with an extra-large cab. Danie Vosloo, a long-distance driver since 1980, has been working with Reinke Logistix owner, Johan-Hugo Reinke, since 2008.

“Oom Danie has always been a huge fan of the Volvo Truck brand and always brags about his fuel consumption stats.  He has driven four different units with us over the years,” said Reinke. “He has driven 2.7 million kilometres, accident-free, which just shows the calibre driver Oom Danie is.” He truly is an ambassador of the Volvo brand.

In 2013, Vosloo became an owner-driver as part of a company’s rewards programme and has been a full-time member of the Reinke team since 2017.

“His vehicle is always in immaculate condition, and he has a 100% track record when it comes to on-time deliveries,” said Reinke. “He takes great pride in his work and in ensuring that loads are delivered safe and sound every time. We celebrate him as a driver, and the gentleman he is.”

Volvo Trucks believes that skilled and motivated drivers are proven to be more productive, efficient, and safe. In other words, they have a big, positive impact on a fleet’s bottom line. This also means less wear and tear on the truck, better fuel economy, and most importantly, happier, and healthier drivers.

Here is to celebrating Oom Danie and other drivers like him out there who play a valuable role in keeping our economy turning. 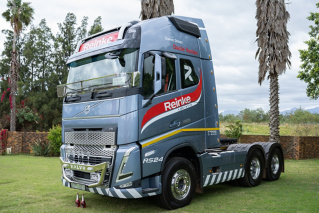 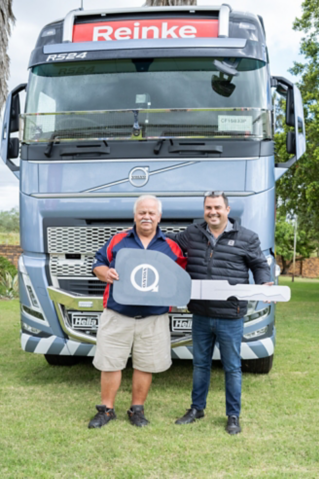 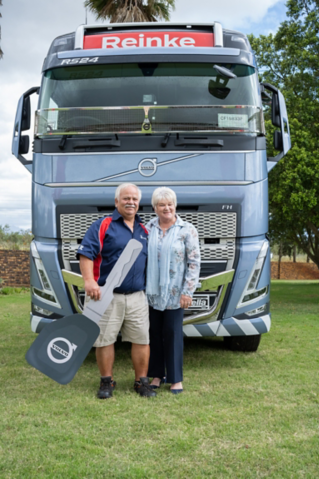 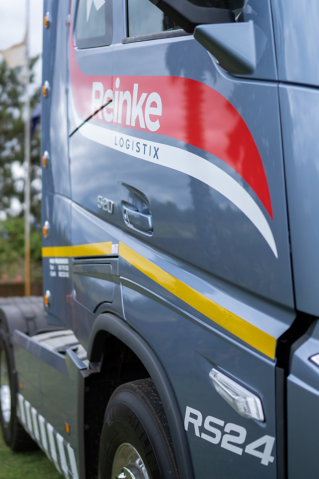 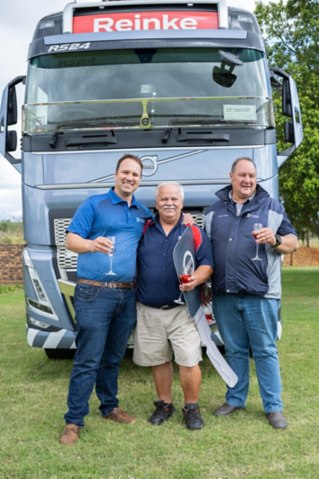